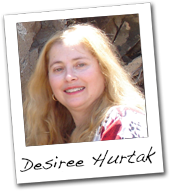 DESIREE HURTAK, Ph.D./ Board Member Desiree has assisted communities and individuals in many developing countries, bringing both water and education to where they are needed. She has worked to bridge the gap between various cultures with an eye towards introducing both new technologies and at the same time helping indigenous cultures to maintain their uniqueness within the larger global society. Desiree is a co-founder of The Academy For Future Science (www.futurescience.org), an international non-governmental organization with the United Nations and is President of The Foundation for Future Science which works to support a variety of programs including the Sustainable Development goals around the world.

She is a co-author of several books, including Overself Awakening and her most recent, co-authored with Dr. Elizabeth Rauscher and James Hurtak, entitled Mind Dynamics in Space and Time. She is a member of the Evolutionary Leader Circle of the Source of Synergy Foundation. She is also well-known for her graphic films, such as The Light Body and Voice of Africa for which she has won several film awards. She has also worked in the pyramids of Mexico and Egypt doing acoustic testing, where she and her colleagues showed extensive sound tones built into the architectural design of the various temples and tombs. She was also on the team that found the Tomb of Osiris on the Giza Plateau.