The Source of Synergy Foundation and Findhorn Fellows partnered to convene an experiential Synergy Circle to deepen our ability to co-create with the intelligence of nature and other realms in service to the wholeness of life.

Twenty-seven people gathered at the historic Findhorn Eco-Village Community in northern Scotland from Oct. 15-19, including members of the Evolutionary Leaders Circle, Source of Synergy Board and Advisory Board members, Findhorn Fellows, and other visionary colleagues (see participants below). The Findhorn Foundation is a dynamic experiment where everyday life is guided by the inner voice of spirit, where all work in co-creation with the intelligence of nature and take inspired action towards their vision of a better world.

The Synergy Circle was transformative, helping us to learn about ourselves, nature and one another until there was only the One Life. It was an exploration that co-created a new organism in service to Earth and all of life. We basked in the special energies of the Findhorn community – with some who were there for the very first time and others who call it home. 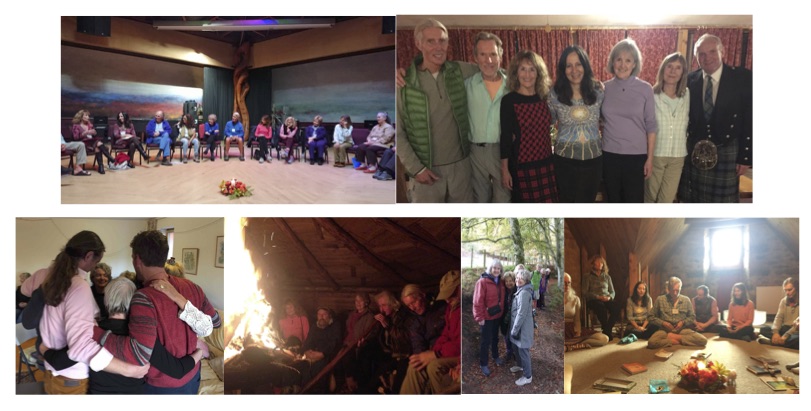 Along the way, we discovered deeper principles of Synergy as well as methods of embodying the higher-order “superorganism” that arose from the group when we became coherent in the highly conscious field. We learned that we could partner with our co-creation and be guided by its wisdom long after the Synergy Circle concluded. We realized, as well, that we could partner with Synergy itself, which has opened up profound opportunities for further discovery and empowerment.

Our "super-organism" will carry on into our lives and our work – to the Climate Change & Consciousness conference at Findhorn April 20-26, to the United Nations, to the Evolutionary Leaders Circle, to our esoteric studies, to our myriad projects, and to the wide range of our vocations.

In the words of participant Sara Trevelyan, "The time is NOW to give birth to a new vision of wholeness, earth restoration and a hopeful planetary future."