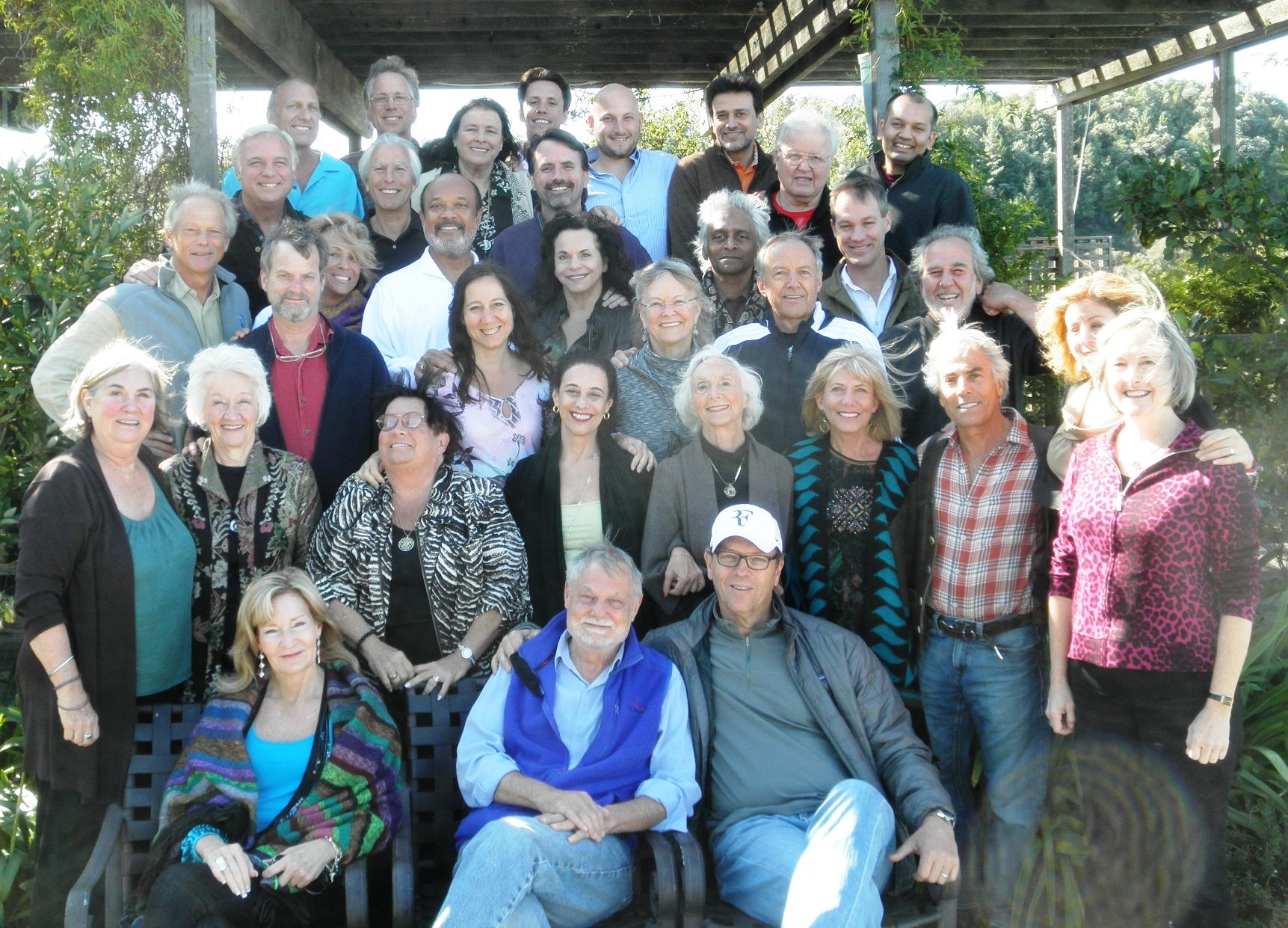 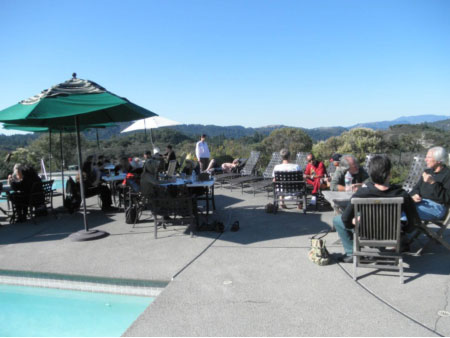 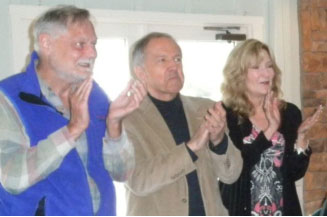 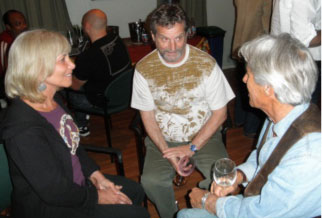 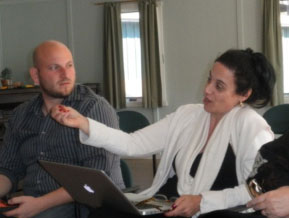 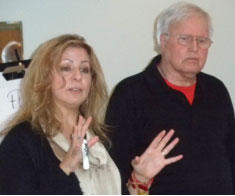 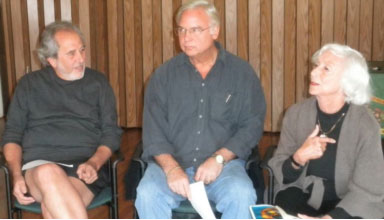 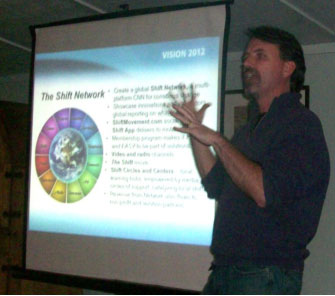 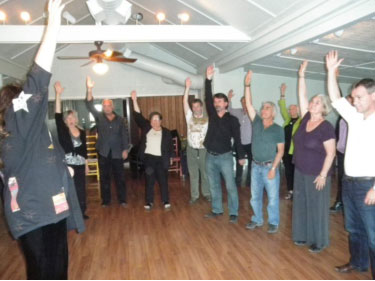 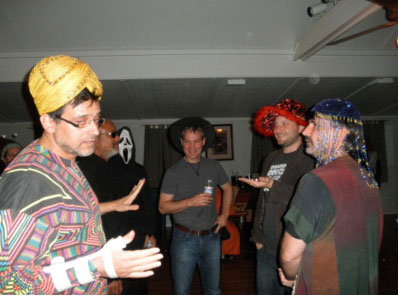 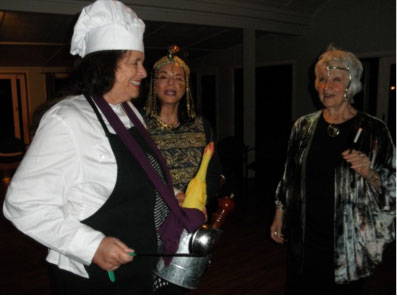 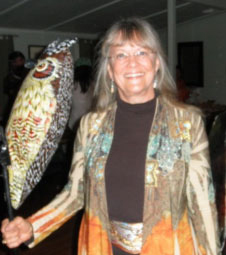 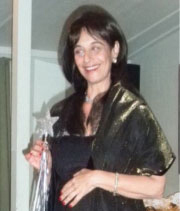 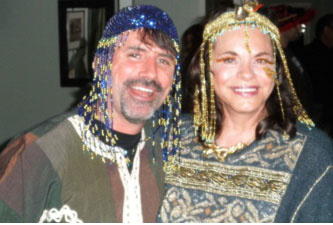 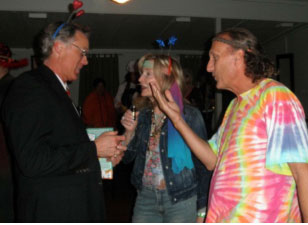 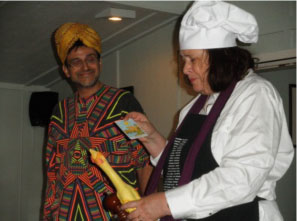 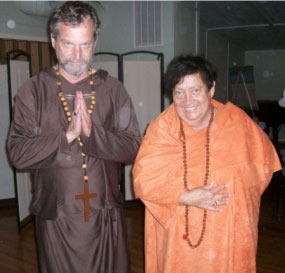 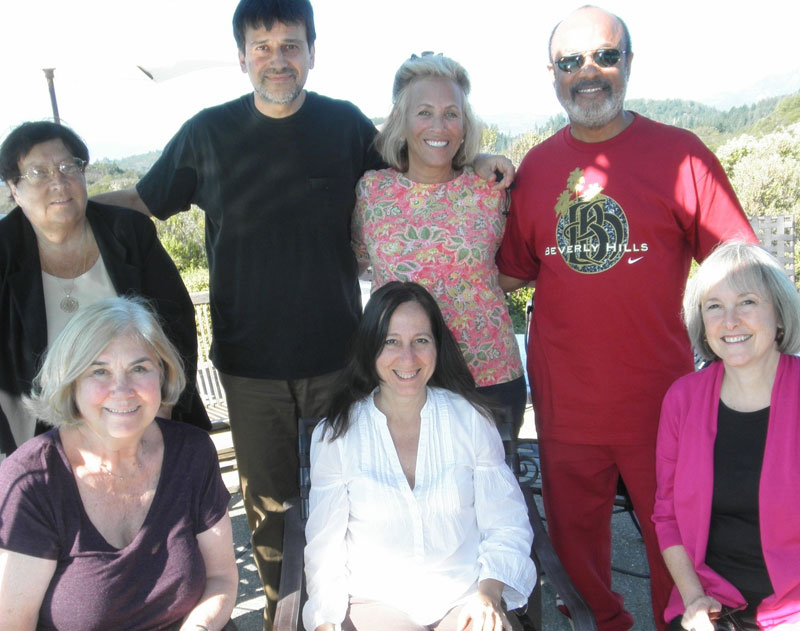 Thirty-seven Evolutionary Leaders: In Service to Conscious Evolution gathered for three days of retreat from October 31 – November 3 2011. The purpose of the retreat, according to our recently drafted Mission Statement, was “to come into communal relationship with one another, deepening our collective consciousness and strengthening our mutual intention, thus setting the foundation for the emergence of the next steps of our evolutionary journey.” The experience was a rich blend of the joy of a family reunion laced with the excitement of sharing our work and our vision.

The setting was beautiful Mayacamas Ranch, a retreat center nestled in the mountains of the northern California wine country near the charming hot springs town of Calistoga. In addition to attractive, flexible meeting facilities, Mayacamas offered comfortable accommodations and delicious food, as well as walking trails and even a swimming pool. The remote location provided some transportation challenges, but also afforded enlivening conversations that arose from carpooling.

The keynote that emerged from our time together was the concept of evolutionary leadership itself as an empowerment of each individual within the whole. This spirit was enhanced by the retreat structure, which allowed for numerous presentations of individual projects in the form of “TED talks,” as well as a variety of group experiences professionally facilitated by one of our new ELs, Daniel Stone, beginning with a session on where are we as a community in our own evolutionary process. Daniel also led a lively process for us to catch up with one another in a very personal way that he called “speed dating.” Three days included silent meditation, meeting the new circle members, exploring Functional Analysis, Passion Group discussions, group inquiry, engaging from the heart space and considering ways to support our community, balanced with a Halloween party, a picnic lunch, and free time to be together and breathe the fresh mountain air.

The 2011 retreat dates were set around 11/1/11 to honor the energies of the previous year’s attempt to create a major event on that day. Emily Squires worked with Diane Williams, Dale Colton and Deborah Moldow to produce Worldwide Meditation for Oneness/An Evolutionary Leap that would invite the public to share an intention with the Evolutionary Leaders group and then listen to the meditation on our website at their convenience. The meditation, excellently recorded, began with an introduction by Diane, followed by a pre-recorded welcome from Deepak and an intention-setting by Lynne McTaggart, live by phone. Then various ELs each led a brief portion of the meditation based on their own work: Joan Borysenko, Howard Martin, Stephen Dinan, Katherine Woodward Thomas, Jean Houston, Bruce Lipton. Jack Canfield, Elisabet Sahtouris, and Barbara Marx Hubbard. We all closed with a few minutes of silence in a unified field. The meditation can be heard at https://evolutionaryleaders.net/11-1-11.

Much of the success of this year’s retreat is due to the shared leadership of the substantive sessions. Nina Meyerhof and Ashok Gangadean offered some foundational principles for achieving synergy. Don Beck and Elza Maalouf laid out the basics of Functional Analysis in an interactive session designed to parse the complexity of what is needed in the world and help to align our vision. Joan Borysenko and Mark Gerzon helped us to organize into breakout “Passion Groups” for in-depth sharing of our projects. Katherine Woodward Thomas and Carter Phipps led a well-prepared group inquiry into evolutionary leadership. Deborah Moldow and Rod McGrew introduced work on the EL communications platforms and a discussion on financial resources, greatly aided by Stephen Dinan’s, who suggested a sustainability plan and also helped us to identify what specific talents we bring to the circle. Lynnaea Lumbard and Jack Canfield offered a beautiful process that allowed ELs to share at a deep personal level in small groups. Gerard Senehi, Diane Williams, Deborah Moldow and Rod McGrew headed the Source of Synergy Foundation’s planning team along with input from members of the EL Council of Advisors and other ELs who offered advice including Katherine Woodward Thomas, Lynnaea Lumbard, Joan Borysenko, Gordon Dverin, Dale Colton, Emily Squires, Nina Meyerhof, Ashok Gangadean, Ocean Robbins, Don Beck, Elza Maalouf, Carter Phipps, Gregg Braden, Barbara Marx Hubbard, Duane Elgin, Stephan Dinan, Mark Gerzon, and Elisabet Sahtouris. Dale lent her creativity to make sure the Halloween party was fun for all and created candy-filled ghost gifts for each of us.

Each member of our EL circle is on the forefront of human evolution and has much to share with the group. Project updates were presented by Barbara Marx Hubbard and Stephen Dinan on “Making the Shift in Time by Creating Massive Synergy in 2012” and by Duane Elgin and Lynnaea Lumbard on “Stories of Humanity's Great Transition.” Fascinating “TED”-style talks were offered to the group by:

This sounds like a busy agenda, but all the ELs were most respectful of time and kept their presentations brief – highly effective for making us want to continue the conversations over meals and free time. We also enjoyed a psychic experiment led by Gerard Senehi, an energizing exercise by – guess who? – yes, our Jean Houston, and even a torch song by Katherine Woodward Thomas. Amazingly, there was also time to relax and enjoy being together.

Gathering for the final sessions, the EL circle members felt a renewed sense of community and shared mission. Many expressed that they felt we grew in trust and synergy at this retreat and began to develop a real clarity of purpose. At our closing session we reflected on our experience over the four days and begin to identify our shared intentions and desires as an EL circle. We discussed steps that would be necessary for us to take, not only to support our collective evolution as an EL circle but also to leverage our collective impact.

We expressed a desire for the group to support a “communications platform” to help raise the level of discourse around global issues and how social evolution takes place. Many in our circle felt that we urgently needed to rise to the challenges of the day and address what is going on in the world. We stressed the significance of modeling conscious evolution and providing a window into how we do this for each other as well as the public at large. This might include:

We closed the circle by making agreements on how we are going to move forward including having a call regarding manifesting podcasts and other ideas stated above into form. We agreed to come back in retreat next year to continue our collective evolutionary process.

We leave you with some pictures from “Deja Boo,” our “Come As You Were” Halloween party!

Submitted in loving appreciation by the Board of Directors of the Source of Synergy Foundation: