Diane Williams was invited by Marcel Gasser to share about the work of the The Source of Synergy Foundation at the Aegina Entrepreneurs Retreat in Aegina, Greece from April 20-26, 2018, where she was joined by 15 socially conscious, heart-centered innovative entrepreneurs who are adding so much value to society by making it easy for people to do good every day. Through their creative imagination they are shaping the course of culture and consciousness and their choices are going forth out into the world creating waves positivity and hope.

In Diane’s presentation she asked the group: How do we as conscious participants in the evolution of our world, best utilize our collective creative intelligence to move forward and usher in another great leap in consciousness on the planet?

She stated that in order usher in the next great evolutionary leap as humanity she believes that we need to more fully activate our multidimensional capacities, expand synergistic engagement and push the boundaries of our current perceptions of reality – of what we know and of what we can accomplish.

Nikola Tesla once said that, “The day science begins to study non-physical phenomena, it will make more progress in one decade than in all the previous centuries of its existence.”

He believed that humanity would not make giant leaps forward until it studies “non-physical” phenomena – subjects such as telepathy, clairvoyance, precognition, extrasensory perception (ESP), the power of intention setting, nonlocal communication, psychokinesis, reincarnation, remote viewing, near death and out of body experiences, healing at a distance and more. 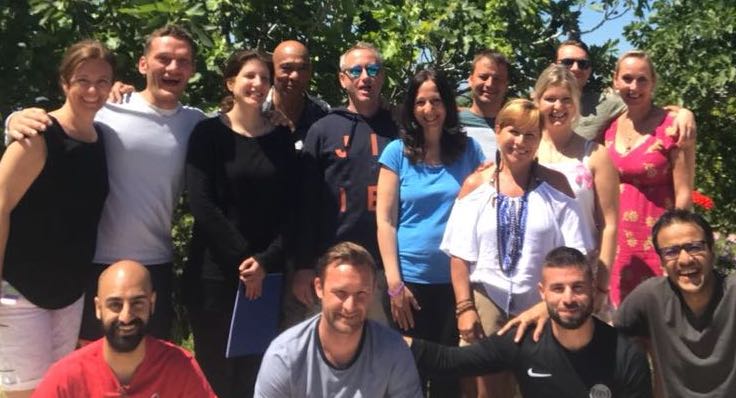 The Source of Synergy Foundation also holds that there are other ways to receive meaningful information beyond the physical that transcends space and time and that the study and use of these types of phenomena is vital to our understanding the nature of reality and our potential to shift into our next level of evolution as humanity. Yet in the mainstream scientific community, there is still a great deal of resistance to this type of phenomenon, despite the fact that there are hundreds of peer-reviewed studies showing significant results.

Over the course of the past 100 years we have had a wide array of paradigm shifting scientific discoveries including those in quantum physics that are beginning to change the way we see the world.

These discoveries will help us move towards conscious evolution as a species.

One project of the Source of Synergy Foundation is our Evolutionary Leaders Circle that is made up of leaders in diverse fields that wish to collectively through synergistic engagement inspire, support and serve conscious evolution. Many of them are sharing their perspectives and discoveries on non-physical phenomena and these visions are questioning the foundations of our current worldviews and perceptions.