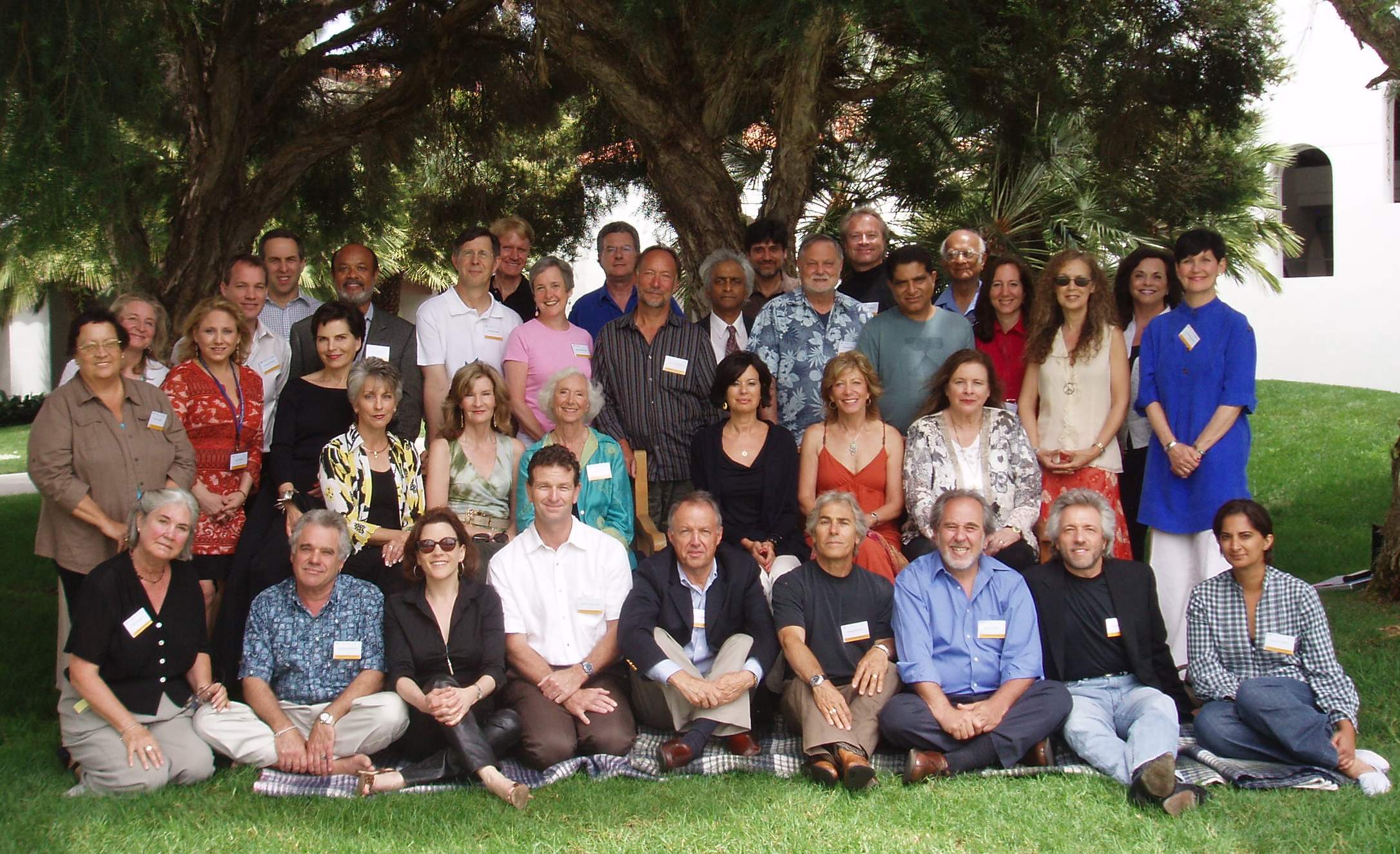 On July 26, 2008 thirty-eight evolutionary leaders whose radical new ways of thinking and interpreting human experience have expanded our knowledge of evolving consciousness gathered at the Chopra Center in California to envision together how their collective consciousness, creativity, energy and intention could help accelerate the shift in global consciousness. The retreat, hosted by the Chopra Foundation, the Source of Synergy Foundation (www.sourceofsynergyfoundation.org) and the Association for Global New Thought (www.agnt.org) included renowned pioneers in the consciousness movement including Joan Borysenko, Gregg Braden, Deepak Chopra, Duane Elgin, Debbie Ford, Jean Houston, Bruce Lipton, Barbara Marx Hubbard, Lynne McTaggart, Peter Russell, Marianne Williamson and many others.

The participants agreed that they would like to more deeply engage and collaborate as a collective by: exploring what's on cutting edge of action and thinking in the consciousness movement by mapping major pieces of the movement; creating a more concrete sense of collective engagement in the movement by clarifying the specific roles each participant/community/larger network is serving in the big picture; creating a deeper collective ground for new potential collaborations, sharing of resources, and mutual support among key players in the field and their organizations; and contemplating and acting on ideas of how new levels of consciousness can help address some of the world's challenges.
Deepak opened the retreat by leading the group in a 20-minute period of silence to bring the participants into a collective field. The deep reflections on what emerged revealed a tremendous sense of being called to meet what Prof. Ashok Gangadean referred to as “an incredible moment that has been long emerging.” Scientist Gregg Braden felt “the field calling on us as leaders, recognizing that our world is changing in ways that have not happened in 5,125 years of recorded history.” He said, “We’ve all been moving to a moment and now is the time to put into effect what it is that we’ve built and developed.”
Visionary thinker Jean Houston, a founder of the human potential movement, remarked:
“There is something else that is trying to come through – that lure of becoming – and it does come from the realm of spirit, it does come from the quantum universe, it does come from that great spark that is the threshold of time and history trying to emerge and electrify us.”
The group decided to have a second gathering next year to achieve greater synergy by beginning to define its purpose and intention, to mine the richness of the silent meditations, and to bring forth a collective vision. Marianne Williamson called it “sharing molecules.”
The participants also drafted a collective statement which they are calling A Call to Conscious Evolution: Our Moment of Choice (www.evolutionaryleaders.net/ACalltoConsciousEvolution to collectively articulate possibilities for the evolution of consciousness at this crucial moment in time….to create a new story.
Rinaldo Brutoco of the World Business Academy challenged the group with this question:  “How can we assist the consciousness to shift by our being together in some way, that solutions are allowed to bubble forward, because they’re there everywhere.”
Carter Phipps, editor of “What Is Enlightenment?” Magazine warned, “We may underestimate the context of the evolution of consciousness and culture.” He related a story of Barack Obama telling his staff after he achieved the nomination, “Now we have to succeed; we have no more choice.” Carter continued, “More may be depending on us than we realize.” The participants all agreed that at this critical time in history we must do all we can to succeed in our mission to support the evolution of consciousness.
In the words of Gregg Braden, “We are being called to come together and apply what we know. How do we get things going? We must begin! Then we will flesh out our shadows and we’ll see.” He referred to “this collection of powerful minds and beautiful hearts.” “We can give people a context for why the world is changing. We can cooperate and share and pull one another through. Let’s do it sooner rather than later.”